“Nothing will benefit human health and increase chances for survival of life on earth as much as the evolution to a vegetarian diet.” Albert Einstein

“My best year of track competition was the first year I ate a vegan diet.” Carl Lewis

"My body will not be a tomb for other creatures." Leonardo Da Vinci

“I’m opposed to fur, leather and any kind of use of animal products. I don’t eat them and I don’t wear them.” Bryan Adams (vegan)

"We can judge the heart of a man by his treatment of animals." Immanual Kant

“If slaughterhouses had glass walls, everyone would be a vegetarian.” Sir Paul McCartney

"The greatness of a nation and its moral progress can be judged by the way its animals are treated." Mahatma Gandhi 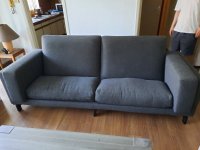